END_OF_DOCUMENT_TOKEN_TO_BE_REPLACED

Instant Pot Fajitas is a super easy and quick dinner that the whole family will love! It requires very simple ingredients and made in the Instant Pot in just 20 minutes from start to finish.

We LOVE chicken fajitas in our house, it’s one of these meals that are so easy to make and everyone in our family loves. And as I got an Instant Pot last year, I quickly became obsessed and wanted to cook every single meal in it including these fajitas.

The Instant Pot chicken fajitas are perfect for super busy weeknights when you have so little time to spend in the kitchen, and it’s one of these “dump and go” recipes that all IP fans love.

I almost never buy storebought fajita seasoning as I find it much healthier making my own mix at home. I mean if you look at the back of the fajita seasoning pack, you will find so many weird chemical ingredients that you cannot even pronounce.

So why not make your own fajita seasoning at home with spices that you already have on your spice rack?

I use this spice mix for not just fajitas, but also for tacos and other chicken recipes. I store the seasoning in a jar and use it whenever I need to, it also helps save some money and time especially on really busy weeknights when I just need a meal ready really quickly with very minimal effort.

To make the fajita seasoning you will need:

Things You Need to Make the Instant Pot Fajitas

You will need a boneless, skinless chicken breast, red onion, and bell peppers. You could use yellow, red, orange or green bell peppers.

Start by cutting the chicken breast in strips, and slice the onion and the peppers (make sure that bell peppers slices are not too thin as you don’t want these to break while they are being cooked, so cut them a bit thicker than you usually do to maintain a good texture). Put the chicken and the vegetables in the Instant Pot.

Add the fajita seasoning and oil.

Using metal kitchen tongs, toss all of the ingredients together for the spices to coat the chicken and the vegetables.

Add 1/4 cup of water (which may not seem enough, but works perfectly fine for me as the chicken and veggies produce lots of liquid), secure the lid and set the valve to sealing position then cook on high pressure for 4 minutes.

Oh and don’t forget to make an EASY Agua Fresca juice to enjoy with the fajitas!

Why Did We Change the Recipe?

If you’ve made this before, you may notice that the cooking time and the water amount have changed. We changed this recipe in February 2020, as this recipe was shared when we were new to the Instant Pot and thought it was a good idea to cook everything for 10 minutes which basically made the peppers go too tender.

So we changed the recipe, by slicing the chicken a bit thinner, and the peppers into thicker slices, reduced the amount of water to 1/4 cup which is more than enough, and cooked for 4 minutes instead of 10. The result is 1000% times better!

After testing the recipe so many times, we found that 1/4 cup of water is the minimum that can be used to allow the pressure to build up without getting the BURN notice. And that 4 minutes is the best cooking time to do for the chicken to be cooked through, and avoid the veggies from getting mushy as much as possible. However, you will still be left with some liquid that can be used to make delicious Mexican inspired rice (see picture below).

To make the rice, just leave the extra liquids at the bottom of the Instant Pot, and add long-grain white rice. The liquids should cover the rice by 0.5 inch (if you don’t have enough liquid to cover the rice, add water). Secure the lid, and press on MANUAL or PRESSURE COOK and cook on high for 4 minutes. When the cooking program ends, naturally release the steam for 10 minutes then carefully open the pot and fluff the rice before serving.

This is the best method to cook chicken fajitas in the Instant Pot, it’s so easy, convenient, and delicious! You can’t compare this to the skillet method though, so if you’re expecting skillet results to be made in the Instant Pot then this recipe is not for you.

Now, what if you don’t own an Instant Pot, or you just want to make these chicken fajitas in your slow cooker.

Have you tried crockpot chicken fajitas before? I love cooking in my slow cooker on days when I have to leave the house in the morning, then come home tired for late lunch or dinner and need a meal to be ready by then.

Using the same recipe, cook on high for 3 hours or low for 6 hours.

If you’re worried that the chicken might turn out too small, just quickly saute/brown the chicken before you start cooking it with the veggies and it will hold its texture better.

If you prefer shredded chicken fajitas, you can start by using skinless chicken breast instead of sliced and cook in the IP for longer (I recommend 12 minutes). Once the cooking is done, take out the chicken breast and shred it using 2 forks.

Return the shredded chicken to the IP, let it soak up the juices and the spices for a couple of minutes then serve. Here’s a great recipe that you can follow.

You Can Use Frozen Chicken

You could also cook this recipe using frozen chicken, the instructions will remain the same just set the cooking time to 7 minutes instead of 4. I recommend not adding the bell peppers as cooking them for so long will make them really tender. Instead, add them after pressure cooking, cover with the lid and let them sit there and steam for a couple of minutes before serving.

You can saute the onions and the bell peppers first, then take them out of the pot and set aside. Cook the chicken as per the instructions provided, and mix everything together before serving.

Can I Make These Fajitas Over the Stovetop?

Absolutely! In a bowl, toss the chicken slices and the spices until the chicken is well coated.

Heat 1 tbsp of vegetable oil in a skillet over high heat, then add the vegetables and cook for 6-7 minutes or until soft. Remove from skillet.

Add the chicken slices into the skillet, and cook until it’s cooked through (about 4-5 minutes). Add the vegetables back into the skillet and cook for one more minute. Serve in warm tortillas.

You could also do some food prep during the week to save some time on a busy weeknight by preparing the ingredients beforehand. Slice the chicken and leave it in the fridge if you’re planning to make this within 2 days, or put it in the freezer if you’re going to use it within a couple of days.

You can also slice up the veggies to use later, and of course, making your own fajita seasoning will save a lot of time!

I always make sure that I have at least a couple of freezer meal fajitas in my freezer. This is so easy to do, and a great way to be able to have a healthy meal on a busy weeknight!

It also can save you a lot of money, as you can buy chicken and veggies in larger quantities for cheaper or when they’re on sale, prep and freeze to use later.

When you’re ready to cook the fajitas, simply take the freezer bag out of the freezer and cook in your instant pot, crockpot, oven or stovetop!

You need to thaw the fajita ingredients by placing them in the fridge the night before and then cook in the IP on the next day. The time will remain the same. 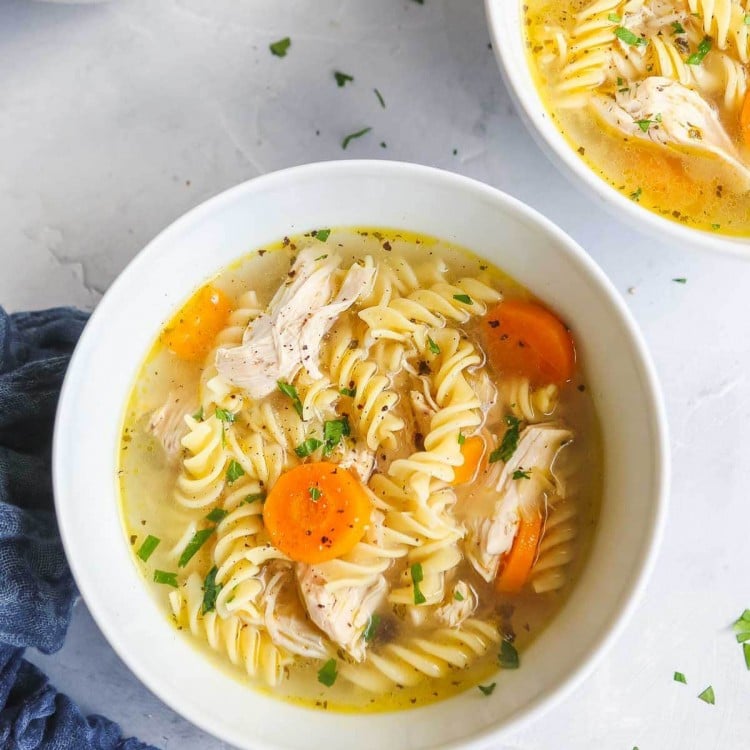 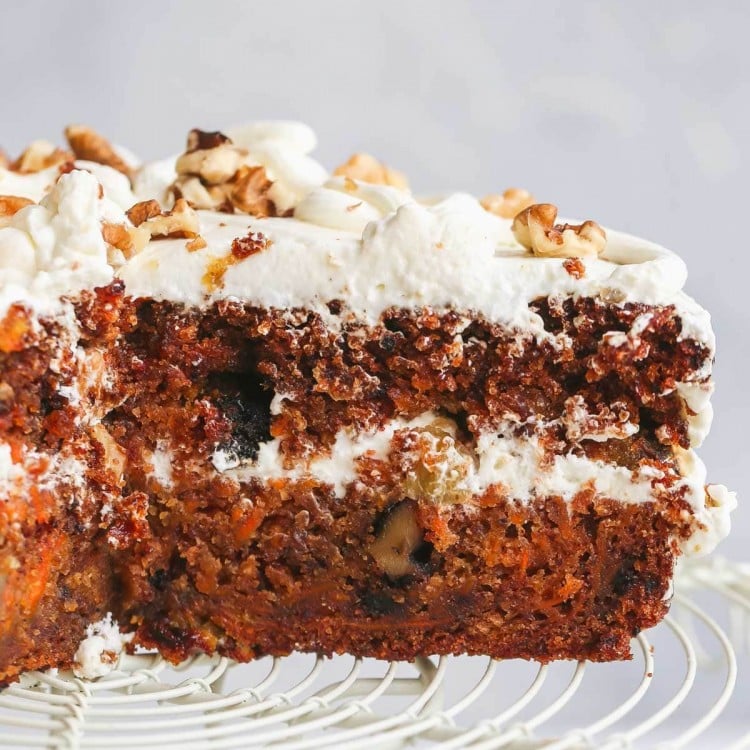