Grenki is the Russian version of French toast… A traditional recipe that’s easy and delicious! 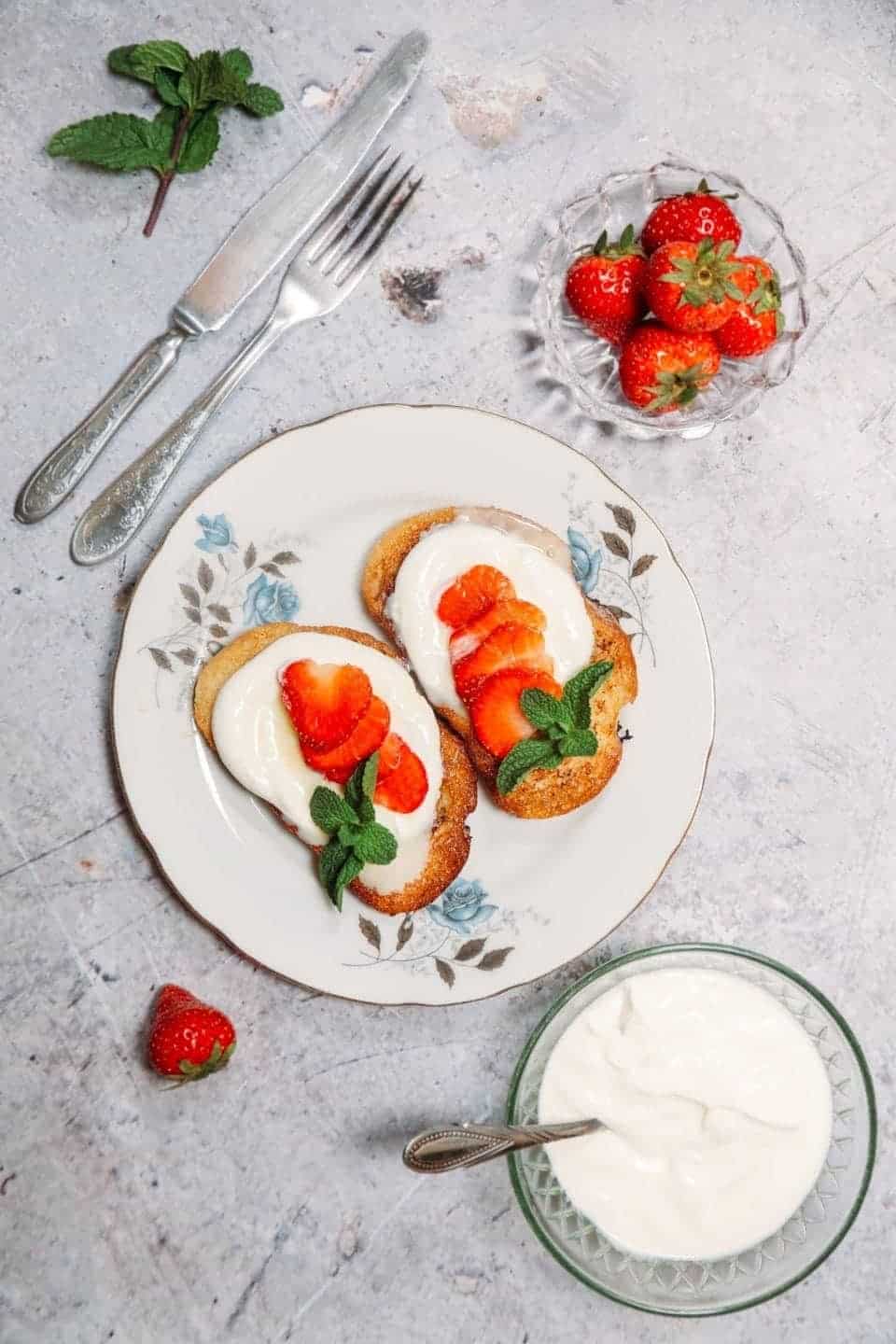 Surprise! There’s a Russian version of the French toast recipe that we all know. It’s actually a traditional recipe, and has been prepared and enjoyed by the Russian nation for ages. In fact, I only discovered “French Toast” only a few years ago. I lived most of life thinking that Grenki was a unique recipe that did not exist in any other cuisines.

THE HISTORY OF RUSSIAN GRENKI

Turns out that our Babushki (the Russian word for grandmothers) have done this in the past, and still do it to this very day. Russians hate to waste food, because of the tough circumstances that the nation has gone through in the past. During the World Second War, my great grandmother told me that they were only allowed to eat 100 grams of bread a day. There was a shortage in food and nothing went to waste. So you know when you buy a loaf of bread, eat a couple of slices then forget about it for a few days on your kitchen counter and then it goes in the bin right? Well that’s not the case if you’re Russian. When bread dries out, it is soaked in milk and egg and is fried in vegetable oil with butter. And that results into a soft and rich Grenka that you can enjoy with delicious toppings! 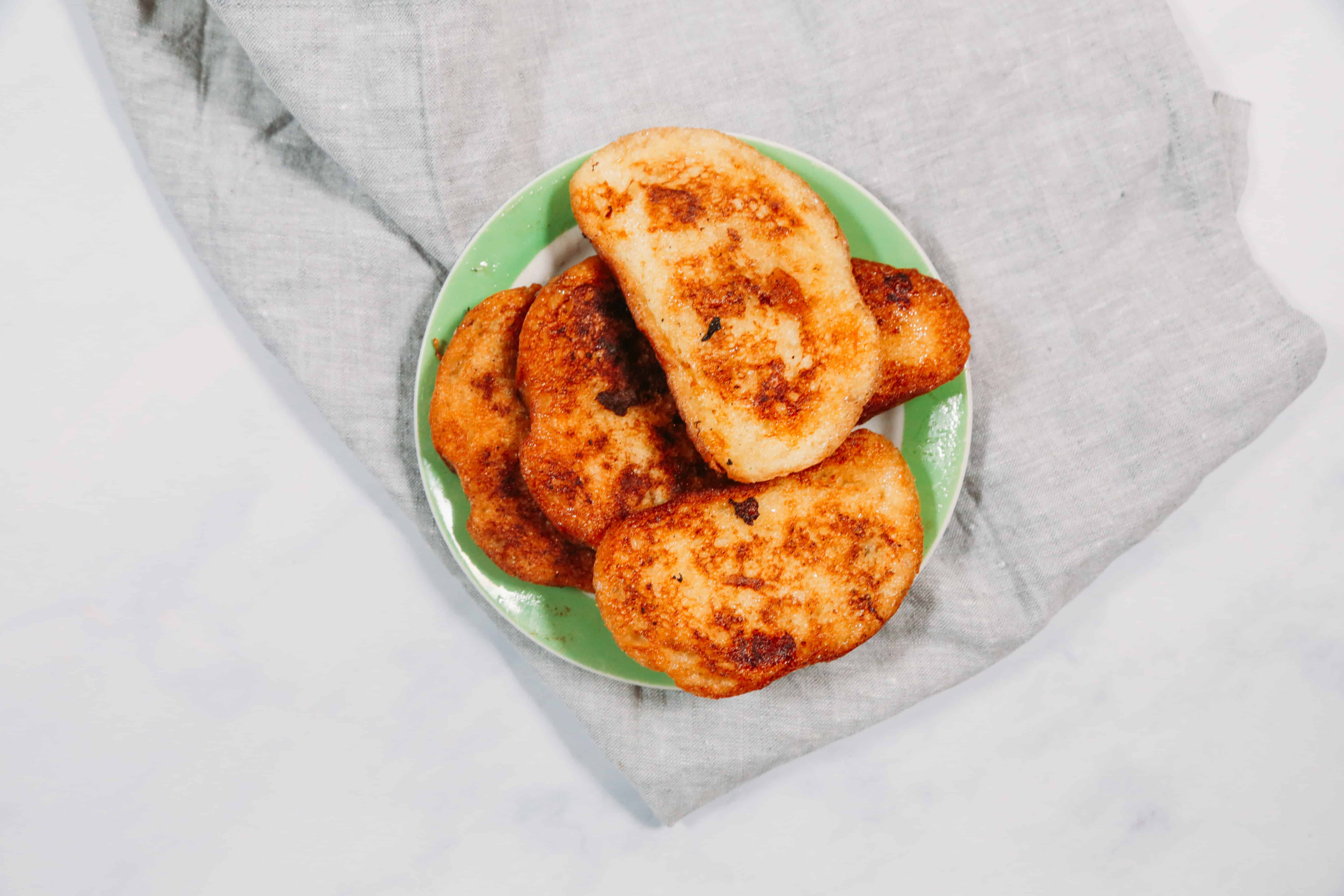 Did you know that in the UK, every day 24 million slices of bread are wasted? Imagine how many families could’ve been fed all over the world if we did not waste that much food! But the good news is that there are a few things that we can do to reduce bread waste… 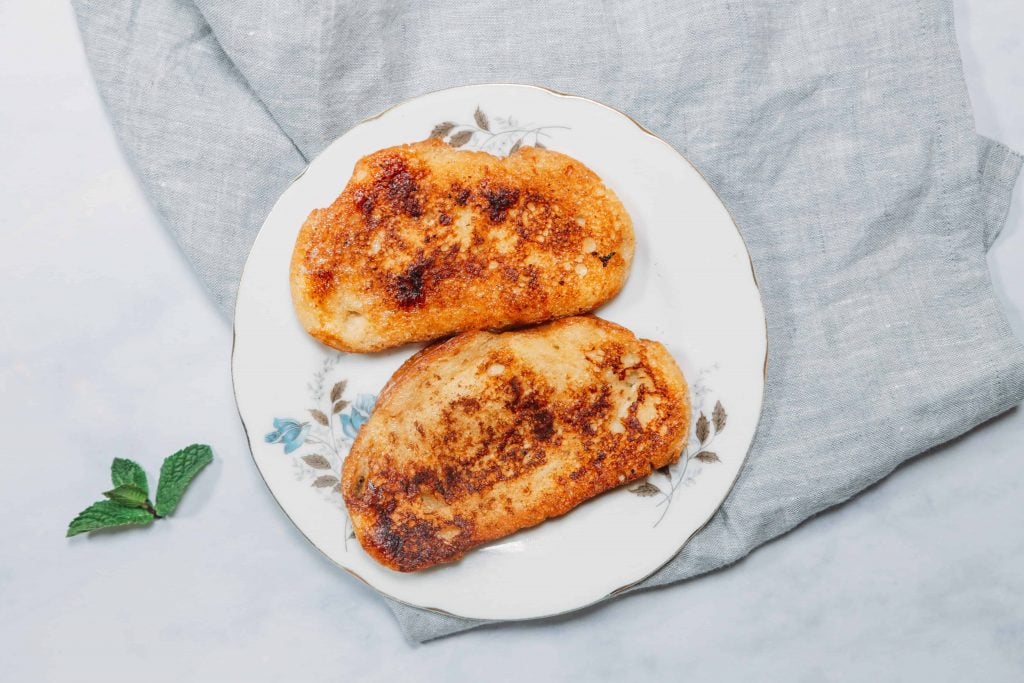 You might want to ask me now, but really what is the difference between Russian grenki and French toast. The answer is, there isn’t really much of a difference. Russian grenki are usually made with baguette, while French toast is normally made with toast. The British version of this is the Bread and butter pudding, while in the Middle East Um Ali is very popular except for the fact that they don’t add any eggs to the mixture.

Only 5 very simple ingredients are needed! I love such recipes that use ingredients that you already have in your kitchen. You will need:

The method is very easy. Cut bread loaf or baguette into slices or rings. Beat egg with milk and sugar until sugar dissolves. Then soak each bread slice in the milk mixture, and fry on both sides in sugar/butter. Top with your favourite topping and enjoy!

Russian fried bread or grenki can be made and served either sweet or savoury. If you’re after sweet Grenki, you can add 1 tbsp of sugar in the milk egg mixture before soaking the bread in the mixture. And then top the Grenki with condensed milk, fruit, jam, and caster sugar. 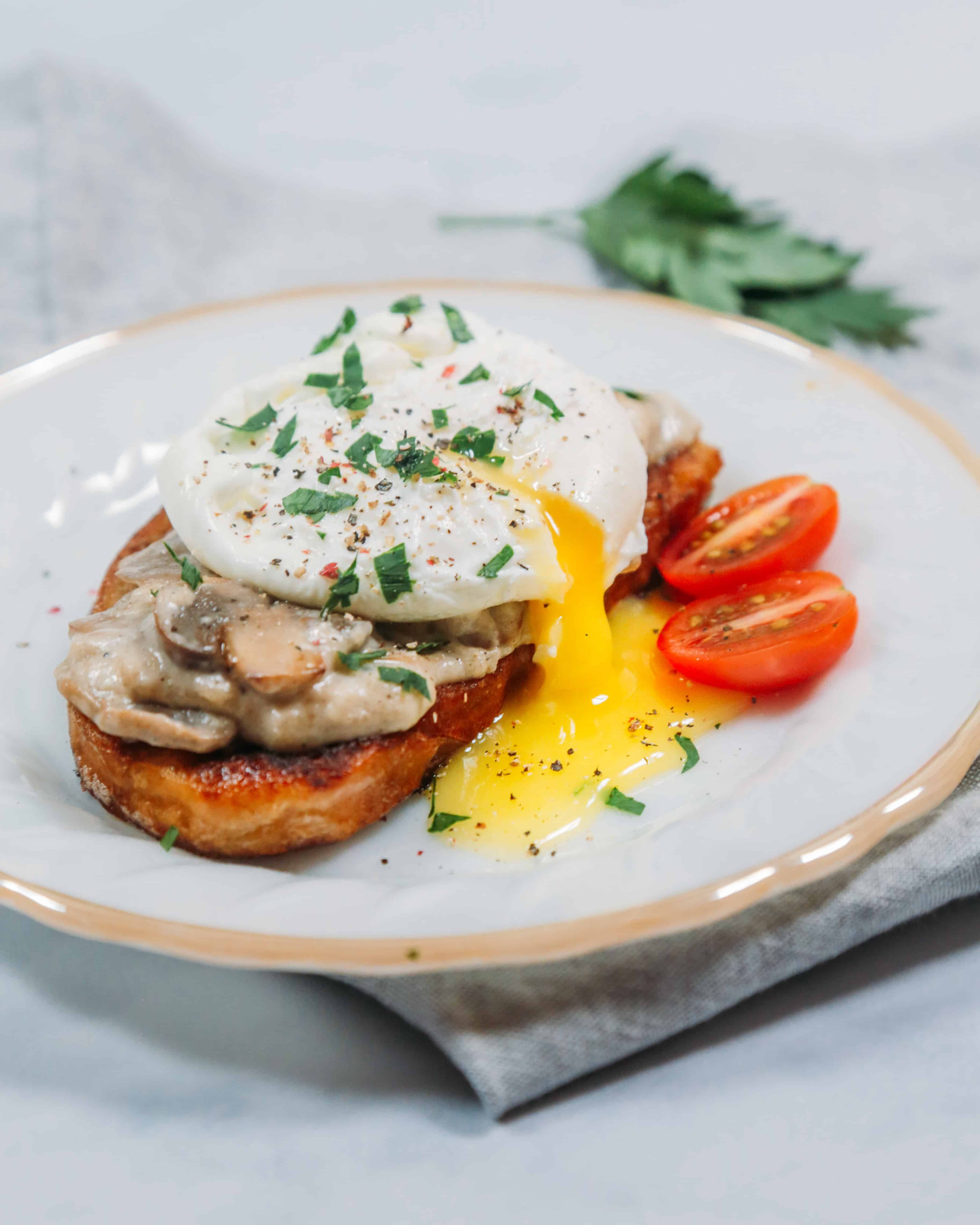 Savoury Grenki are also wonderful. For savoury Grenki do not add any sugar in the milk egg mixture, and top with sour cream, mushrooms, tomatoes, goat cheese, butter, poached eggs, ham, or cheese and ham! The possibilities are endless, so go for what you heart desires! 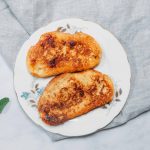 Nutrition facts are calculated for plain Grenki without any toppings.