END_OF_DOCUMENT_TOKEN_TO_BE_REPLACED

Atayef or Qatayef are Middle Eastern pancakes that are filled with white cheese or nuts then fried or baked, and soaked in a rose sugary syrup. They are only made and served during the Holy month of Ramadan, and truly feel like a celebration!

Here’s a detailed recipe to make Atayef from scratch.

Once you try the Atayef – you will fall in love! I can guarantee you that! They’re basically the Middle Eastern version of pancakes, and they’re stuffed with lots of tasty fillings. Atayef (Qatayef) are usually prepared by street vendors in the streets of Jordan, Palestine, Syria, Lebanon, Morocco, and Egypt. They are also sold in bakeries nowadays, and some people prepare them at home. They’re very popular, it’s like you you have no choice and MUST have Atayef during Ramadan!

How to make Atayef from scratch?

Atayef are very similar to pancakes, they’re made with flour, semolina, yeast, milk, baking powder, salt, sugar and you can also add vanilla or rose water if you like. They’re usually fried on a nonstick pan or a griddle pan with no oil, but only fried from on side and folded which is very interesting because they’re just like thin pancakes with 2 sides, one is lace-like, and the other side is velvety since it’s not fried on that side and is filled with bubbles!

Our Trip to a Local Bakery in Madaba, Jordan.

My Mom and I went to a local bakery in Madaba, Jordan to see how traditional Atayef pancakes are made in bakeries nowadays. It was really interesting as we got to see the technique, and how the staff were working with great skill and speed. Below are some pictures for you to enjoy.

Mutaz (the guy in the red) was making regular medium-sized Atayef, I don’t know how he did it but all of them were exactly the same size! and then Tareq (the guy in the white) showed me how to make a giant Atayef! I mean, how awesome is that?! I’m going to try and make this at home but then I need a giant pan to fit! The giant atayef are stuffed with cream and are not folded, it’s just cover with another piece of atayef just like layering cakes.

The technique is very important, it is very simple but you have to read the instructions carefully to understand it. You may need 1/2 – 1/4 cup more or less in the recipe that I’m sharing with you as it depends on what kind of flour and semolina you’re using. The batter is sort of thin but the best way to know if you need to add more water or not is by cooking your first atayef pancake. If you get a fair amount of bubbles that means that your batter is perfect, if not then you will need to add more water to the mixture. This is a common mistake when it comes to making Atayef, working with a very thick batter.

The atayef will become softer once they cool down, which is good because then they will be easier to fold and seal while you stuff them. If you don’t want to fill them right away, you can store them in an airtight container or a plastic bag to avoid drying, but I highly recommend that you stuff them and eat them on the same day.

The most popular fillings for Atayef are “joz” which is cinnamon walnuts, and “jibneh” unsalted white cow’s cheese that has been soaked in water for days to get rid of the salt.

If you can’t find white cheese, you can use ricotta with a little bit of sugar and rose water.

How to stuff the Atayef?

Atayef can be either fried or less commonly baked.

To make the sugar syrup:
Ingredients: 1 cup water, 2½ cups sugar, 1 teaspoon lemon juice, 2 teaspoons rosewater, 1 teaspoon corn syrup (optional).
Instructions: Bring the water and sugar to boil then add the lemon juice, mix well. Lower the heat then leave it on low heat for 10 minutes. After you remove the mixture from heat, add the rose water then let it cool completely before using it. 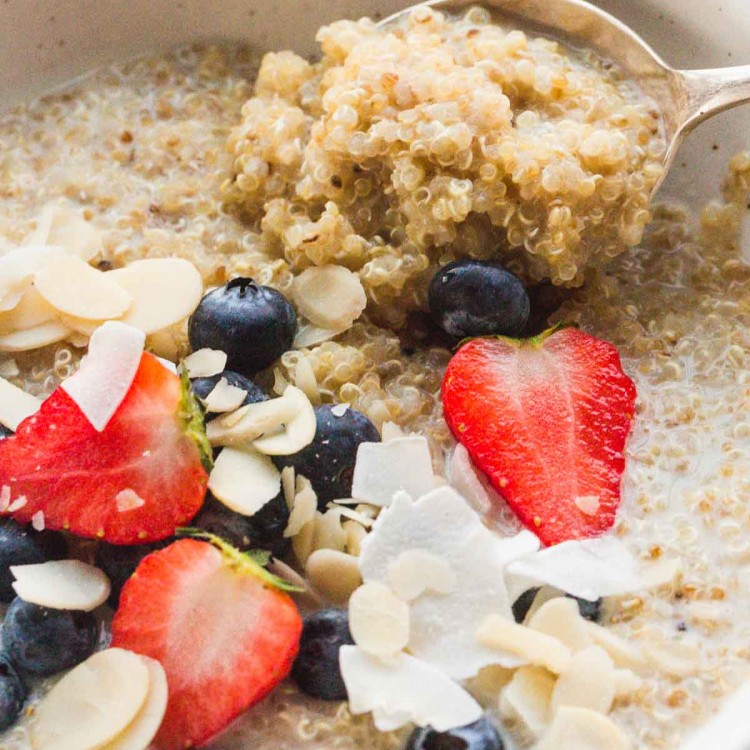 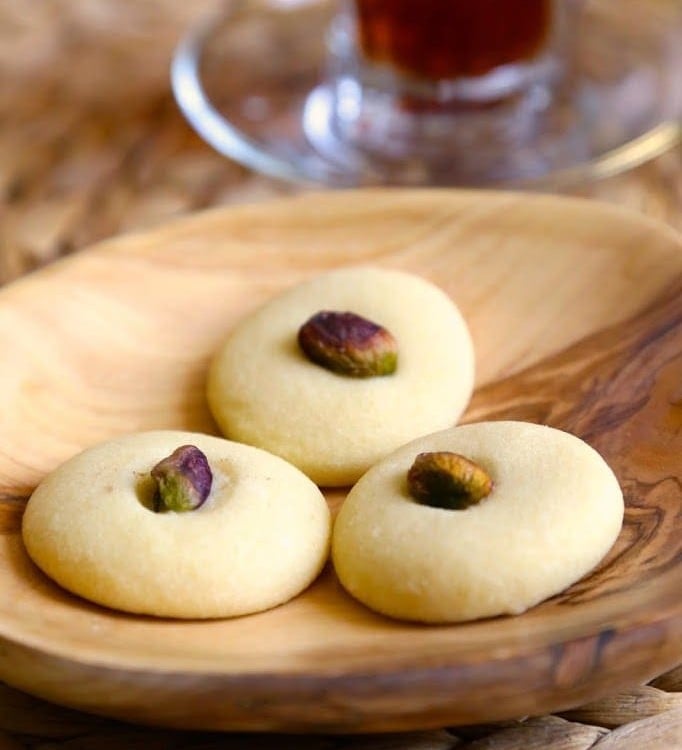